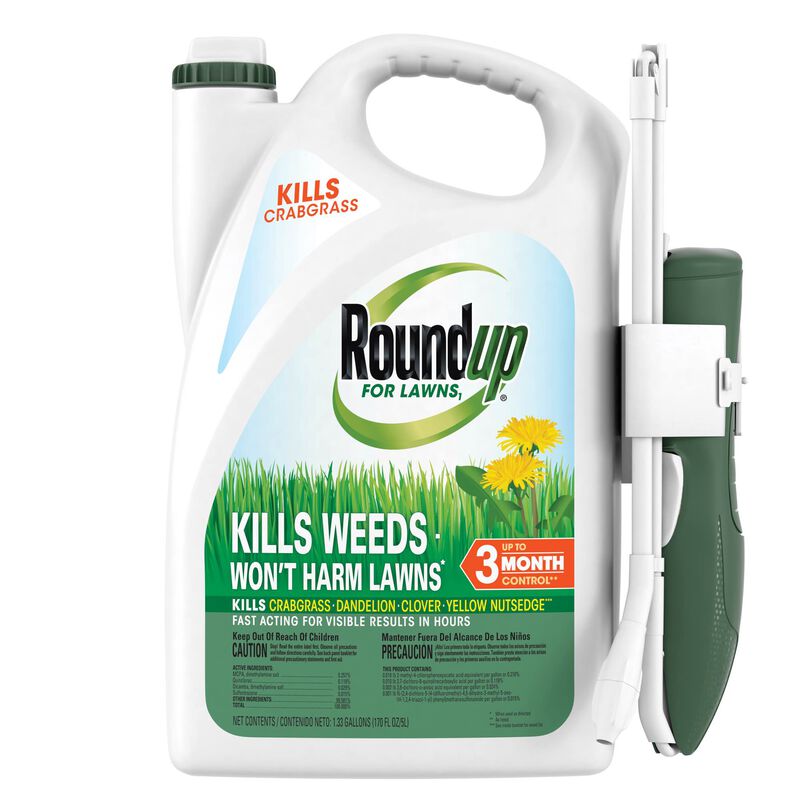 Roundup for Lawns1 is a tough weed killer for use on Northern grasses that kills weeds, not the lawn! This tough weed killer kills 253 types of weeds and works fast on hard-to-kill weeds (see inside booklet for weed list). It won't harm lawns when used as directed on Northern grasses, including Bluegrass, Fescue, Zoysia, Perennial Ryegrass. This ready-to-use product starts working immediately, is rainproof in as little as 3 hours, and controls weeds for up to 3 months (as listed). To set up the included extend wand, just insert the plug at the end of the hose into the knob on the cap until it clicks, then twist the knob on. Roundup For Lawns1 kills the root so weeds won't come back. Apply Roundup For Lawns1 to actively growing weeds during the early growth stages for the best results. Apply in spring or fall when daytime temperatures are between 45°F and 90°F. Roundup For Lawns1 is a simple step for home lawn care. No weeds. No worry.

When and Where to Use

Where Not to Use

How Often to Apply

If for any reason you are not satisfied after using this product, simply send us original proof of purchase and we will refund the purchase price.